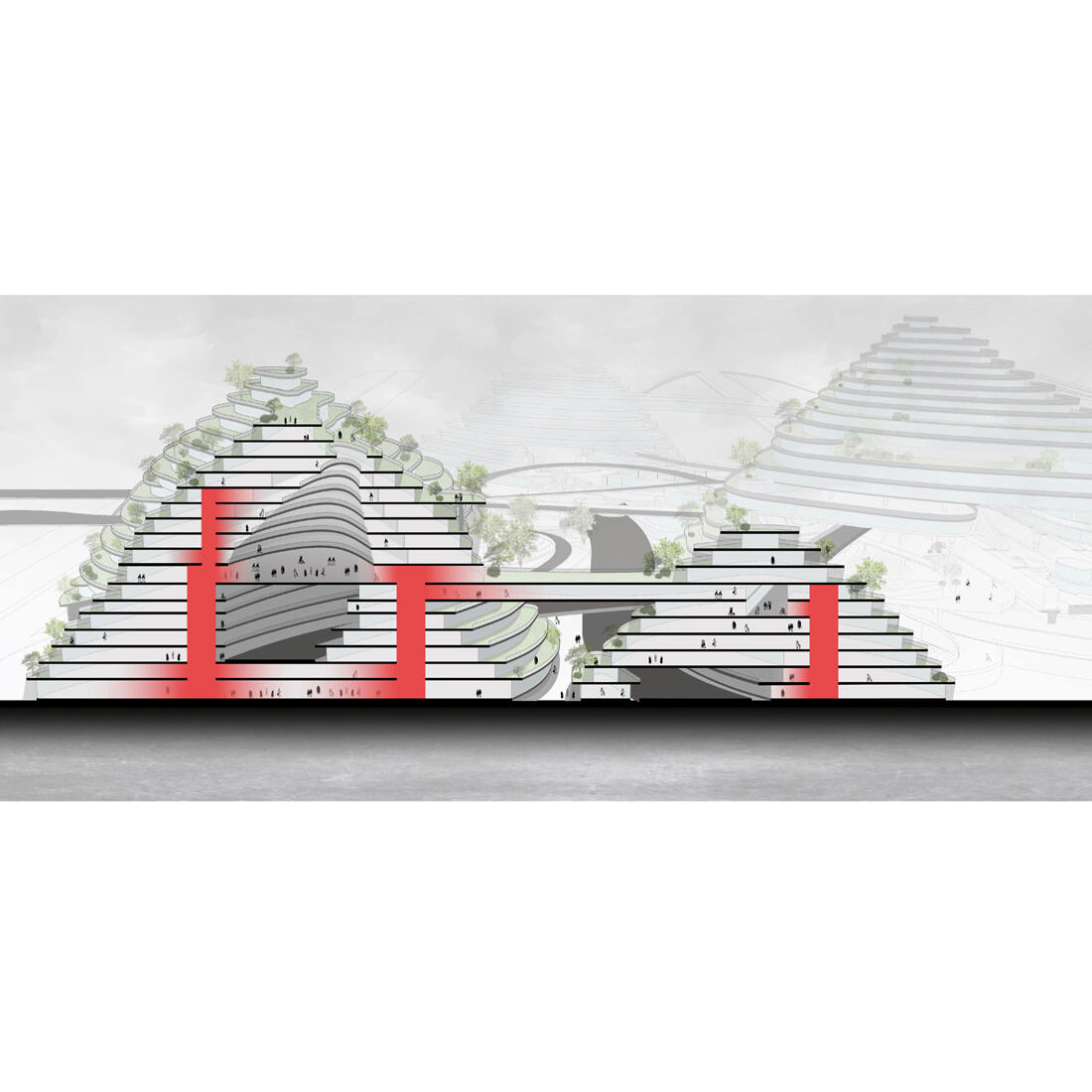 Profesor: Trevor Patt
Ayudante: Milagros Barchi
This studio will focus on the design of a new typological form organized through the bundling together of building systems and a radical engagement with infrastructural elements. The brief responds to the eccentric growth of megacities worldwide and the displacement of transit nodes from civic centers to placeless, scaleless, exurban outposts. Despite the continual flow of people, goods, media, and information through these sites, they remain eventless. The studio will pursue architectures that assemble their own urbanity—that is, projects that leverage the efficacy of architecture to generate a new mode of urbanism. While this relies on the specificity of architectural forms and of the interface between programmatic functions, it is also productive of a sort of genericity that grounds a prototypical, rather than singular, approach.

The approach will be tested on a site in Dhaka’s periphery: a mostly empty greenfield site of 550+ hectares. This site has the tracings of a street grid and, in an effort to get ahead of the traffic congestion that is choking the downtown, construction has begun on an elevated MRT line. A long-rumored high-speed rail connection linking Kunming, Mandalay, Dhaka, and Kolkata will also be assumed to cross the site. We will examine how a high-density (8+ FAR), mixed-use architecture can formally and programmatically respond to the scale and linearity of these infrastructures including through analysis of historical precedents that have internalized infrastructure within an architectural language. Finally, the projects will experiment with architecture’s extension beyond the nodal function into the larger surrounding area, as a spatial infrastructure that establishes a basis for connective urban tissue. Central to the exploration will be the documentation of points of connection and hybridity, flexibility and limits, hypotheses and other variation.