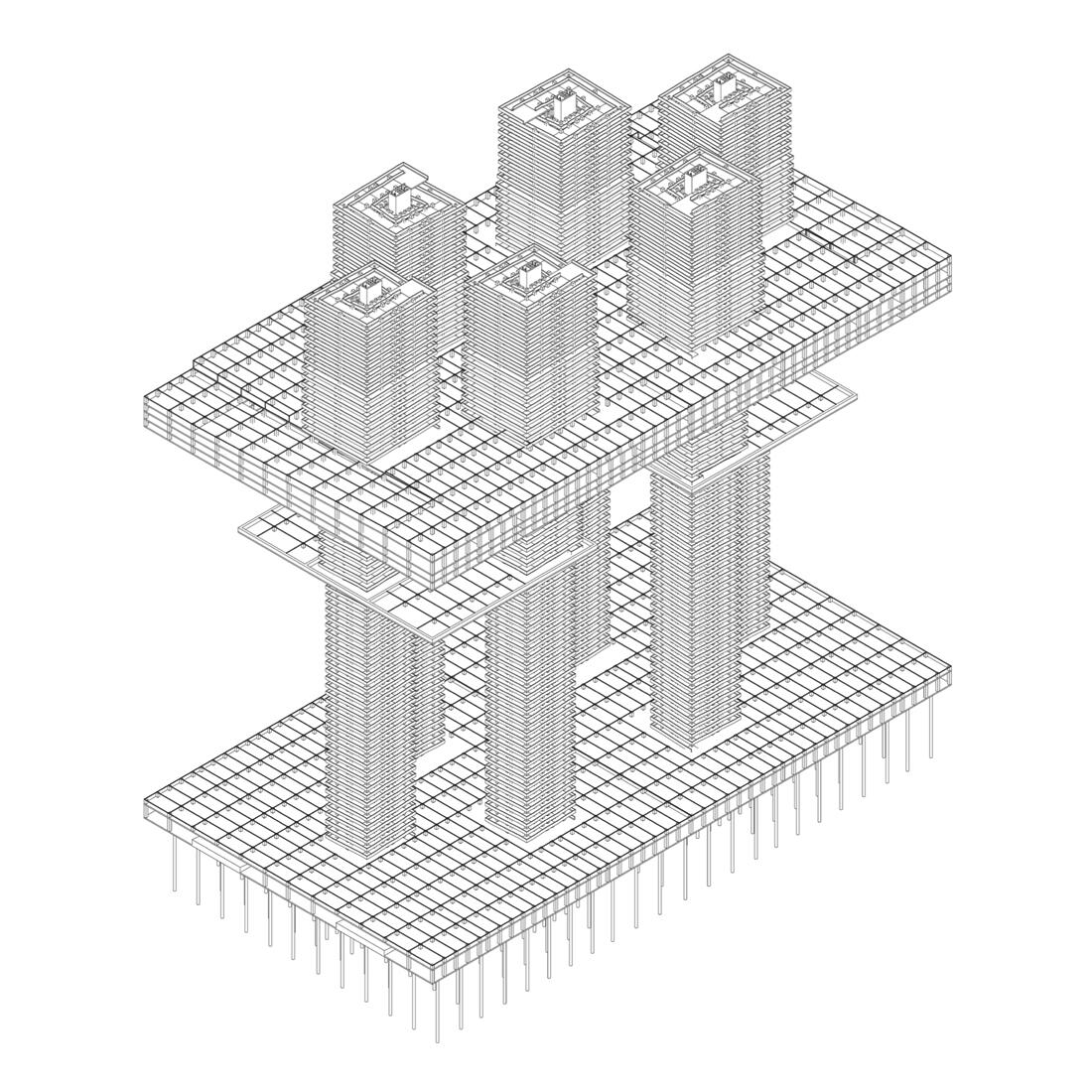 Profesor: David Salomon
Adjunto: Johanna Potap
Ayudante: Camila Arretche
For over a century the conditions identified by Louis Sullivan as the launch pad of the skyscraper have remained relatively unchanged and the typology has continued to capture the public’s imagination and to embody its economic and civic ambitions.
The modern abattoir/slaughterhouse/matadero was born at the same time as the skyscraper. This age, when “mechanization took command,” saw the invention of assembly lines and the rationalization of production of everything from steel to steaks. The lure of scientific management (aka Taylorism) would soon tempt architects, including Le Corbusier. The matadero was at the forefront of those developments, serving as the source for Henry Ford’s Model T factory.
Both of these building types seek to maximize economic and temporal efficiencies. Both slaughterhouses and skyscrapers are “machines that make the land pay.” However, while the skyscraper has remained an urban icon, slaughterhouses were banished to the outskirts, and ultimately, the countryside. The abattoir, never meant to be looked at, is now invisible. Rebranded as a “processing plant,” it sits alongside its massive cousins that that feed the city with energy, data, and artifacts.
Like data and fulfillment centers, today’s slaughter houses are increasingly automated. They are also similarly sterile. The importance of hygienic conditions in the abattoir cannot be denied. But it,and the robots that handle the meat makes the animal’s bodies seem almost artificial. The violence, the blood, the visceral attack on the senses is lost. Here, modernism is far from over, in fact, it’s winning.
The rise of the safe slaughterhouse has come at a time when meat has been identified as one of the greatest risks to health. It is not only dangerous to eat, its production threatens the health of the planet. Plus, they take up a lot of space: 2 acres per cow! And yet, even though consumption is down (even in Argentina!) millions and millions of beasts are born only to be slaughtered. If it’s not going away perhaps it can be reinvented, or, it needs return to the place of its birth: the metropolis. Not only that, it needs to be housed in its more glamourous twin, the skyscraper. Doing so would not only raise its profile, it would provide the opportunity to rethink the city’s relationship to the countryside, to rethink its dependence on its outside for its own sustenance. Putting the production of (animal) protein in a skyscraper raises its profile and status even as it shrinks its literal and its carbon footprint.