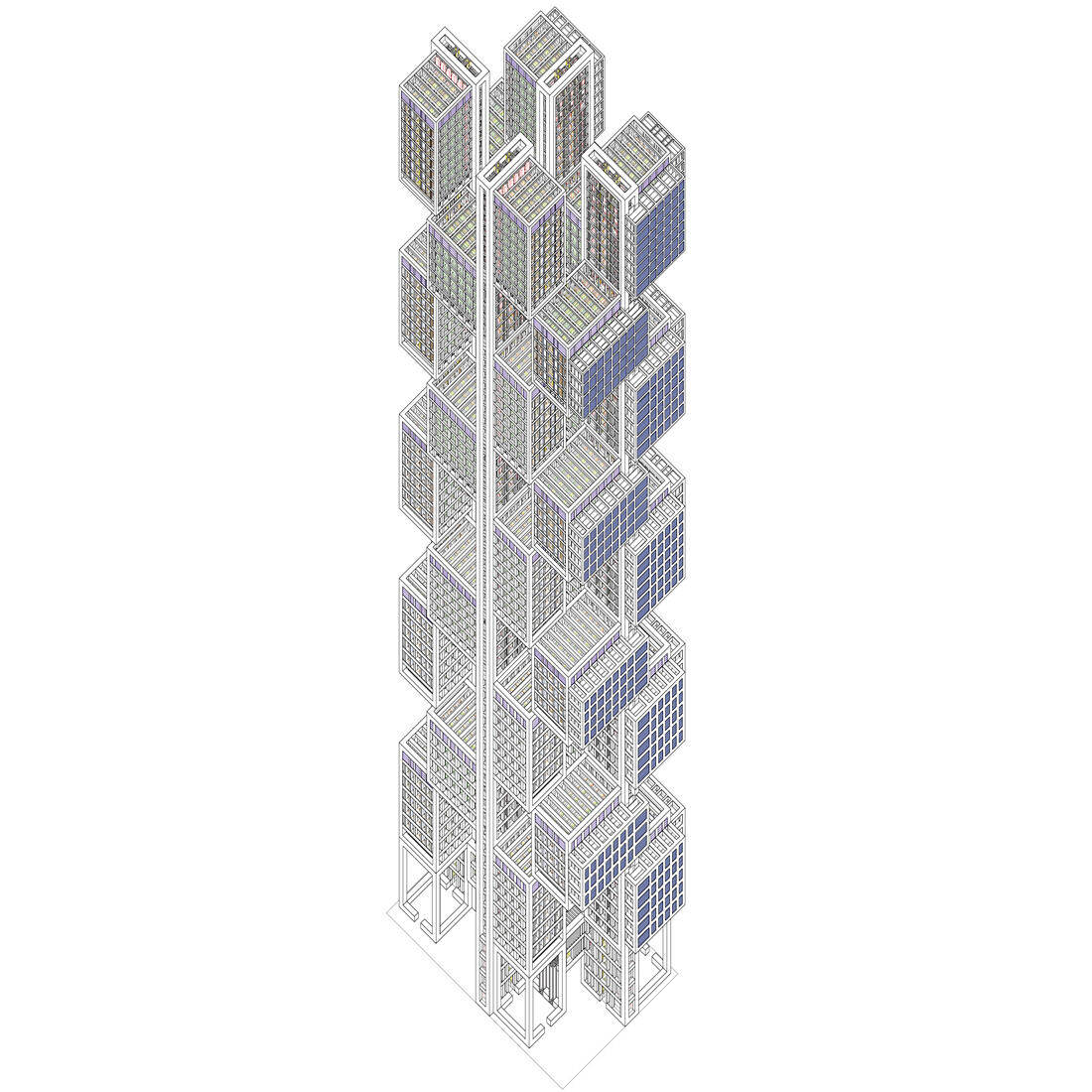 Profesor: David Salomon
Adjunto: Johanna Potap
Ayudante: Camila Arretche
If at the beginning of the 20th century the modern metropolis was predicated on the exaggerated concentration of people and catalyzed by the appearance of the skyscraper, at the onset of the 21st century social and technological developments foreshadow the emergence of the orgatronic metropolis and its architectural enabler: the post-humanist skyscraper. Humanistic discourse understands architecture historically as an extension of the human body, and the city as the medium that organizes the work and resources that ensure its sustenance. Attempting to position itself beyond those conceptions, the orgatronic postulates a radical intertwining of the organic, the robotic and the cybernetic, each of which is considered as a life-form in its own right within the phylogenetic tree. The orgatronic is the horizon of an ongoing evolutionary process that promises to blur the boundaries of their individual identities, creating new species spawned by their interbreeding. Given the growing interdependence of organic, mechanical, and electronic systems for their survival, their shared goal is to acquire maximum proximity, to become indistinguishable. The mutual attraction exerted by these systems fosters the formation of increasingly heterogeneous communities where humans no longer simply join forces or compete with one another, but acknowledge their incipient horizontal associations with plants, animals, bacteria, and machines, and imagine how to redirect them. The orgatronic metropolis seizes the inevitable convergence of those three phyla, striving to move past any idea of hybridization into a synthetic territory in which the parasitic relationship between humans and the environment gives way to a responsive ecology of feedback and coevolution.