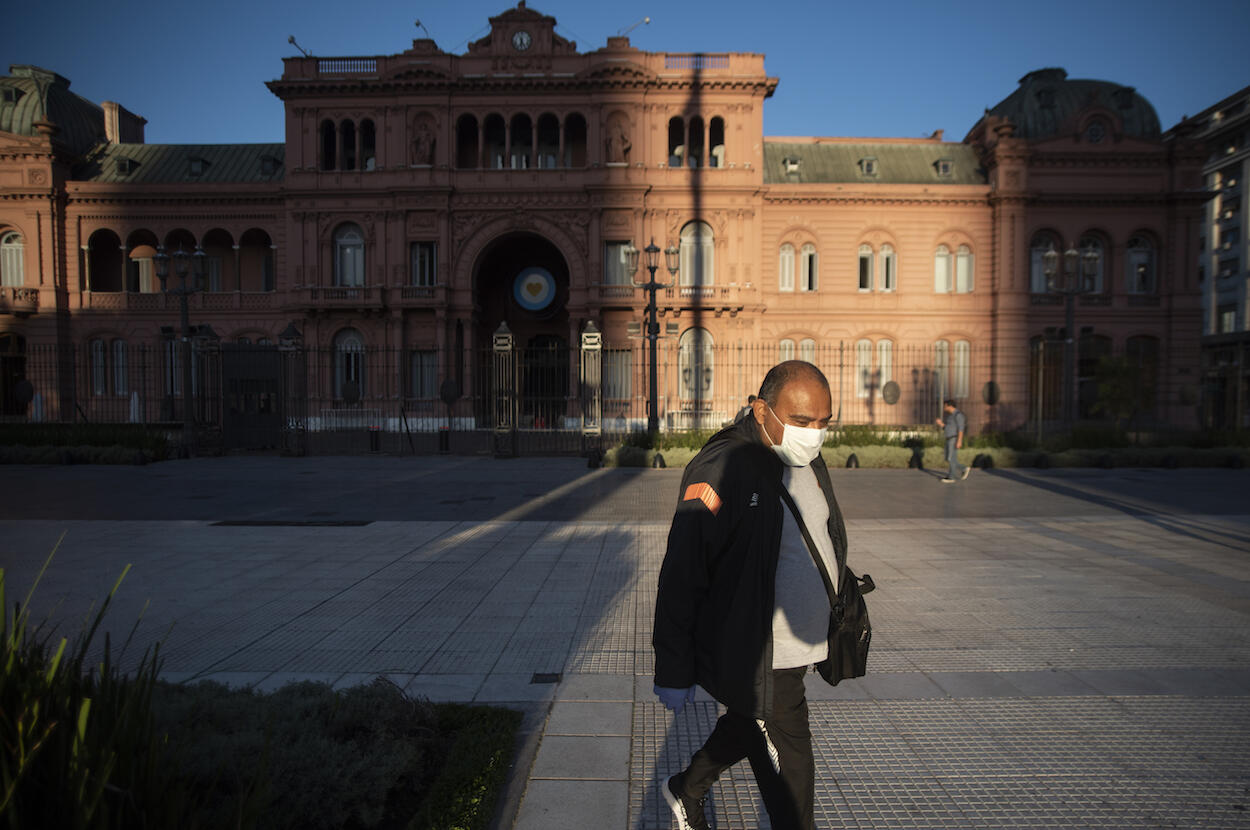 At a moment when advanced economies are debating whether to fund ambitious fiscal packages with zero-interest rate Treasury debt or central bank (“helicopter”) money, we in Latin America feel like the heroes in John Ford´s classic 1930s Western film Stagecoach:

Surrounded by enemies, and with precious few fiscal bullets to spare.

Indeed, emerging economies have suffered the double shock of a flight-to-quality increase in financial costs and a commodity price decline that narrows the room for fiscal policy to respond. Stimulus is absolutely necessary, and policymakers throughout Latin America must be prepared to act boldly. But the room for maneuver is small, and policies must be designed intelligently; there is very little margin for error.

It’s hard to know how to act when we still don’t know where we’re going. And, while economic forecasts for Latin America so far have understated the impact of the crisis and should be revised, there is simply no data to do that. As I write this, Latin American governments are launching strict containment measures, if not full activity lockdowns in line with what many advanced economies are belatedly doing.

Any assessment of the economic impact of these measures –and the extent to which losses can be recouped in the near term– is speculative at best. The episode is unprecedented and thus virtually impossible to assess based on historical data.

How to think about the current situation, then? To some extent, in Latin America as elsewhere it may be useful to think of this standstill as an extended holiday – and add to, or subtract from that scenario to account for distinct factors. For example, activity in the coronavirus era will stop less than on a holiday due to the presence of teleworking and the effort of the state and the manufacturing firms to keep a minimum workforce in place and production active. On the negative side, the spending on leisure items typical of a holiday would be virtually nil because planes, hotels, restaurants, entertainment venues and retailers would be shut down. In short, this is likely to be like a very very long weekend, but worse.

In Latin America in particular, activity in informal sectors such as markets, domestic employment and odd jobs (even deliveries?) could be paralyzed. While this may not show in full in official GDP measurements due to the way the black economy is often estimated, it may have a dramatic impact on poverty and inequality –Argentines recall the similarly devastating socioeconomic effects of the restrictions on cash withdrawals in late 2001.

Only part of this overall decline may eventually be recovered – as usually happens with holidays – provided that the standstill is not protracted and, more crucially, not deepened by bankruptcies that break the chain of payments, or by layoffs and inadequate social spending that spur social unrest.

A decisive fiscal action – say, a la Emmanuel Macron in France – is out of the question for our countries. Whatever fiscal response there is depends on the government´s funding capacity, and primary fiscal numbers are already in the red for most governments in the region. To continue the Stagecoach metaphor, governments will need to use their scarce bullets wisely.

So what to do, then?

The idea of “helicopter money” has again become popular. This term was originally used by Nobel economist Milton Friedman as an example of a one-off increase in the supply of money, and is now used to refer to direct cash transfers to the public funded by money issuance. A universal cash transfer may seem unnecessarily expensive in most cases, as many Latin American countries already have in place conditional cash transfer programs that allow a more targeted version of the “universal check” being implemented in the U.S.

But the essence of the helicopter analogy – print money to fund fiscal stimuli – looks more practical, if not inevitable, by now, in light of the widening gap between available resources and the fiscal needs to keep afloat a sinking economy.

Meanwhile, generalized tax cuts, rate subsidies or universal checks to consumers are likely to be a waste of scarce resources. Pumping money to fuel demand does not necessarily repair a supply shock.

More selective, defensive policies are in order to protect consumers and firms from the income shock. These could include:

Many have noted, including in AQ, that the crisis may widen the rift between citizens and political figures, for good reasons: a dawdling, somewhat solipsistic government reaction, official communication gaffes, a generalized anxiety and sense of despair. And further evidence of the unequal access to public services, which the emergency will only highlight.

There is, however, another way of gauging the situation. “A crisis is an opportunity” may be a fortune-cookie cliché when compared to the persistent effects of a catastrophe. But this crisis may well be the chance that governments in the region need to reconnect with a constituency that, as often happens in the event of a war or a natural disaster, will naturally look to existing institutions for support and deliverance. Even in a country as polarized as Argentina, the official response has so far been supported by the opposition and scored rather high in public opinion polls.

There is hardly a silver lining in a crisis this bad. But to the extent that it represents a test to political actors in the region, it may prove to be a defining moment for a generation. The cost of the crisis, and the health of our political system, both depend on policy choices to be made in the next few weeks.