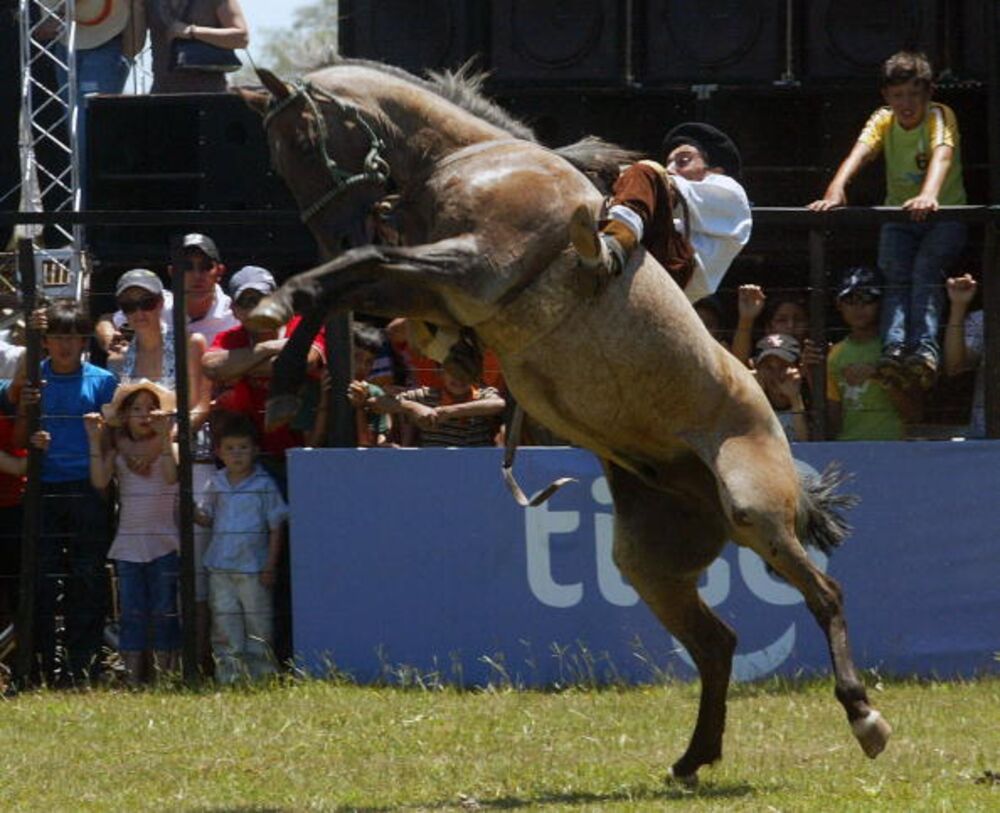 Taming inflation is harder than being a gaucho.Photographer: Norberto Duarte/AFP via Getty Images

Sunday’s victory in Argentina’s presidential elections was both impressive and underwhelming. True, Peronist challenger Alberto Fernandez soundly beat President Mauricio Macri. But not only did Fernandez fail to match his running mate Cristina Fernandez de Kirchner´s record 54% of the vote when she won the presidency in 2011; Macri also bounced back from his disastrous August primary performance, his party scored wins in important cities and provinces and he retained his mantle as leader of the opposition.

On the positive side, fears of hegemonic rule by Fernandez are less warranted: 40% support for an active opposition is a message that a sensible politician cannot ignore. But he is also in a weaker position relative to his vice president, whose polarizing politics will be harder to restrain after a big win by her allies in the province of Buenos Aires.

This combination of circumstances thus holds some risks for the country’s fortunes. If a Macri-led opposition supplies the ideal “neoliberal” adversary for the new government, as a “populist” Fernandez de Kirchner was previously for Macri, attempts by moderate Peronists and the opposition to find common ground on much-needed reforms may be harder. Indeed, the early failure of Fernandez’s presidency could open the door to a reenactment of the toxic 2012-2015 no-holds-barred political confrontation and legislative gridlock.

Disagreement is not inevitable, though. There is an emerging consensus on the list of Argentina’s short-run challenges, if not the sequence of how to deal with them: debt management, nominal (price and exchange rate) stability, and growth.

If we know anything about Fernandez’s plans, it is his intention to forge a “social pact” to curb inflation: negotiating the gradual adjustment of a long list of relative prices, including utility rates and wages, and de-indexing a large portion of fiscal spending, while avoiding the siren song of an overvalued exchange rate that could lead to yet another disruptive depreciation. As Rudiger Dornbusch and Mario Simonsen put it in a 1987 paper, reviewing three earlier efforts to control high inflation in Argentina, Brazil and Israel, income policies provide an interval of nominal stability to carry out the reforms that are the true pillars of stabilization. Without social security, labor and tax reforms, stability is ephemeral. Would a social pact work? Possibly, if Argentina eliminates the fiscal deficit – the Achilles heel of so many failed such programs in the 1980’s – with a combination of a modest primary surplus and, crucially, a debt restructuring.

On the debt front, the government faces three options: a voluntary exchange under the auspices of an Extended Fund Facility from the International Monetary Fund; a default followed by a long negotiation with creditors for a significant debt relief; and a sequential default involving a unilateral restructuring of local law debt followed by a long negotiation with foreign creditors.

There are reasons for Fernandez to prefer the first alternative (and he has pointed to a similar effort by Uruguay in 2003 as a potential model): A quick restructuring and a modest recovery by the end of 2020 may be his best chance to shield himself from his most radical partners and win the mid-term election in 2021. However, in the absence of a consistent financial program, private creditors may prefer to wait for the IMF before sitting at the table, and the IMF may ask for a deeper haircut. That catch-22 may rule out his first option.

That said, Argentina’s debt problem is essentially a growth problem. By the end of 2019, the debt-to-GDP ratio will be approximately 70%, of which 27% is with the public sector and can be crossed out, and 17% is with official creditors and can be easily rolled over. A voluntary extension of Argentina’s debt maturities should be enough if the country manages to post a small primary surplus and a moderate growth rate, but moderate growth has been an elusive goal in the past decade. Argentina’s GDP will fall this year and probably the next one. And, with fiscal stimulus off the table, real wages contained by the social pact and monetary policy powerless after the currency crisis, fueling economic growth will be left to private investment. But financial and nominal stability are necessary conditions for investment to resume.

Earlier this week, Fernandez and Macri pledged to ensure a smooth transition until the new administration begins on Dec. 10. There are reasons to remain skeptical, as Fernandez has no incentive to share the political costs or to help Macri in the final stretch. Nonetheless, the two leaders played nice, with a team from the incoming administration working with Argentina’s treasury ministry to exchange information.

There is a path to recovery. It is narrow and somewhat at odds with Fernandez’s campaign messages, which hinted at a loose fiscal stance and a pushing-on-a string monetary policy as means to reigniting the real economy. The timing is tight: The new president has perhaps six months to show real progress before political anxiety and internal divisions start to surface. The policy sequence is clear, yet not an easy one for a country scarred by polarized politics and confronted by rising societal demands. One thing is for sure: Cosmetic changes and economic nostalgia will not get Argentina out of the loop in which it has been trapped for decades.